Plan to transform transport across north of England unveiled 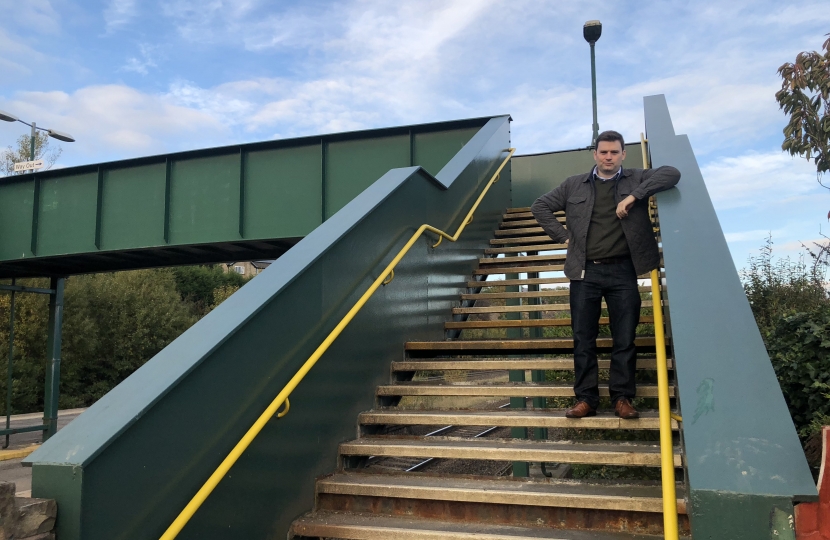 Robert Largan, Conservative Candidate for High Peak, has welcomed the publication of a £70billion plan to transform transport links across the north of England.

The proposals, unveiled by Transport for the North, are expected to result in 1.3 million people living within an hour’s train journey from Manchester airport and at least four major northern cities.

The report has identified seven “corridors” where investment should be focused including the creation of a new rail network, called Northern Powerhouse Rail.

The plans involve major investment in the High Peak with a £30million upgrade to the Hope Valley line between Manchester and Sheffield, which would increase the capacity and frequency of trains serving New Mills Central, Chinley, Edale, Hope and Bamford stations.

There would also be major investment in the road network on top of the Mottram Bypass and Glossop Spur, with a trans-Pennine Tunnel beneath the A628 Woodhead Pass being studied as a potential new major road project, which could include a Tintwistle bypass as well.

“These proposals are very welcome and long overdue. For far too long, governments of all parties have focused on infrastructure investment in London at the expense of areas like the High Peak. So this is a welcome step in the right direction.

“The Government have already committed the money for the Mottram Bypass and increasing capacity on the Hope Valley line. I will continue to push to make certain these projects begin as soon as possible and to secure more badly needed investment for our area.”

Governments of all parties haven’t invested enough in the High Peak for decades. I’m fighting to get the Mottram Bypass built to relieve traffic congestion around Glossop. We also badly need upgrades to longer and more modern trains to reduce commuter misery.