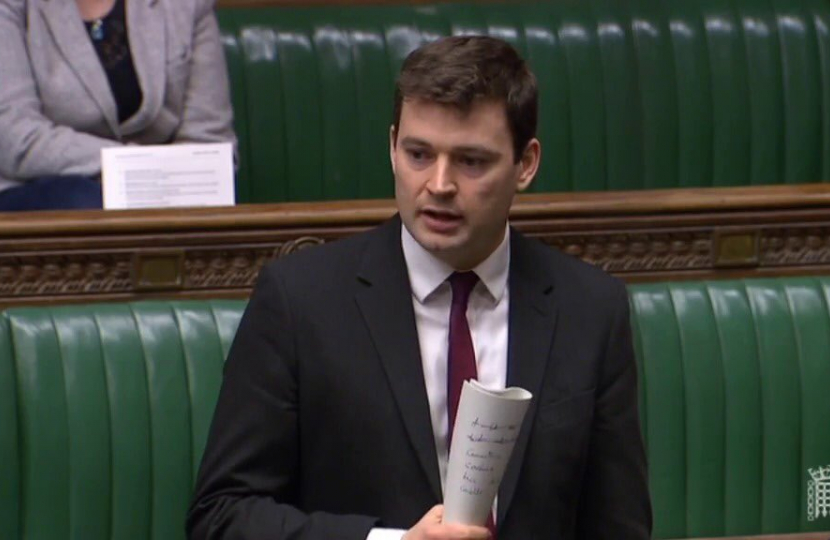 In the House of Commons on Monday (13 June), High Peak MP Robert Largan spoke of the death of Jordan Gatley who died fighting Russian forces in Ukraine last week.

Mr Gatley, formerly of Glossop, served in the British Army until March, when he was travelled to Ukraine. He was killed during fighting in the city of Severodonetsk on 10 June—one of an estimated 3,000 British fighters who volunteered to assist the Ukrainian armed forces in a personal capacity.

Severodonetsk is located in Luhansk, the easternmost province of Ukraine in the Donbas region, and is partly under the control of the so-called Luhansk People’s Republic and Russian troops, which laid siege to the city on 10 June.

Mr Largan also called for further measures to strengthen the Ukrainian state and armed forces in the face of ongoing Russian aggression.

“I am sorry to inform the House that Jordan Gatley, from Glossop in my constituency, is reported to have been killed in Ukraine. Jordan had previously served in the British Army, and was fighting alongside Ukrainian forces. My thoughts and, I am sure, those of the whole House are with Jordan’s family.

“I am very proud of the support that Britain is giving the Ukrainian people to help them to defend their homeland, but, thinking forward to the longer term, may I ask the Secretary of State what steps are being taken to strengthen the Ukrainian state and the Ukrainian armed forces to allow them to have a strong deterrent in the face of any future Russian aggression?”

“My hon. Friend has hit upon the key point. For the last two months or so, the discussion with the Ukrainians has followed two tracks. There is the discussion about how to support them in the fight tomorrow, and there is the discussion about how to ensure that they are secure within their own borders whenever this conflict eventually ends. The UK is to the fore in both those efforts, bringing together international support and, increasingly, mobilising the UK defence industry.”

“My thoughts remain with Jordan’s family at this difficult time.

“Putin and his cronies must not be allowed to prevail in Ukraine. The very future of democracy in Europe is at stake.

“It has never been more important that we stand united and defend what we know to be right.”