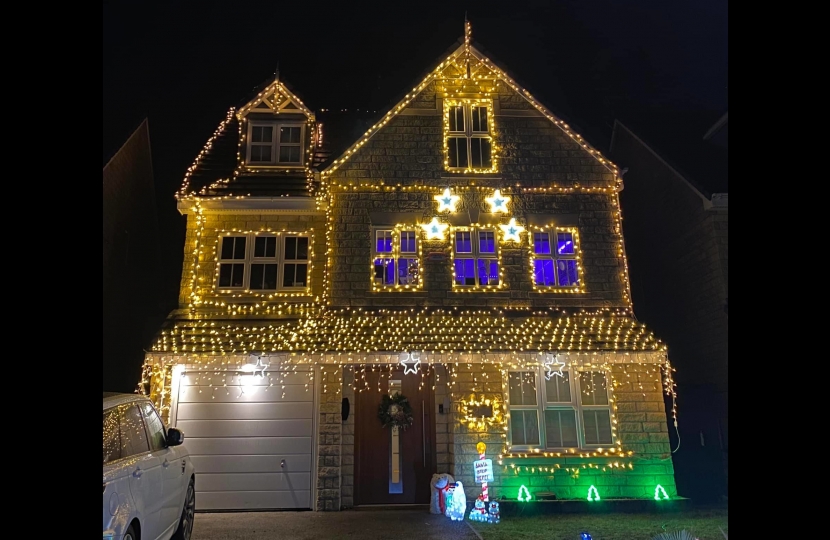 The local MP held the competition over the Christmas period to help to spread some festive cheer after what had been a challenging year for many, following the success of the competition the previous year.

Mr Largan received hundreds of nominations from across the High Peak. After visiting all the nominations on Christmas Eve, the local MP announced the top four streets in the entire High Peak.

In fourth place was Sovereign Way in Chapel-en-le-Frith, followed by the tight-knit community of Sterndale Moor, near Buxton, in third place. Finishing in a close second was Parkway in New Mills, which won the competition in 2020, and collected donations for Blythe House Hospice from those visiting the street.

The winner, though, was Scotty Brook Crescent in Glossop. Here, residents had worked together to put on a fantastic festive display.

"A big thank you to everyone who nominated their favourite street for Christmas lights this year. There were some fantastic entries. I hope it's helped everyone feel just that little bit more festive!"