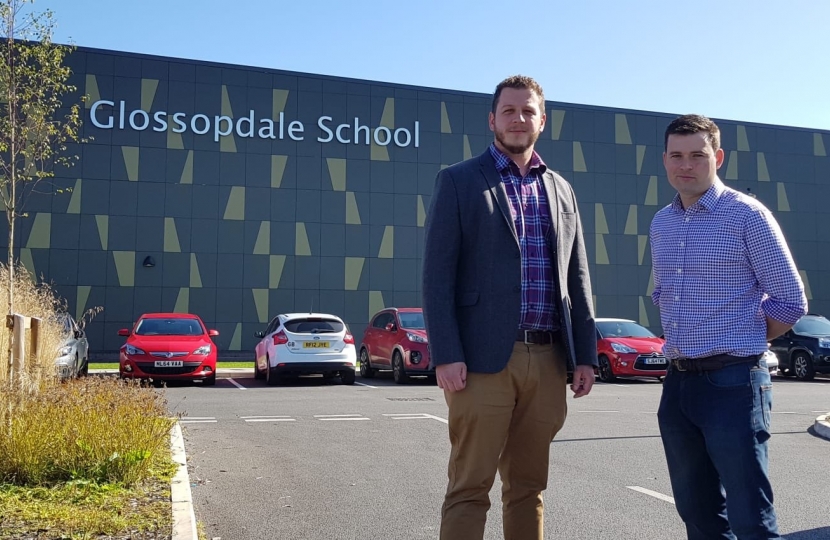 News that Derbyshire County Council will consider a report to take the next steps towards expanding Glossopdale School has been welcomed by High Peak MP Robert Largan.

Next week’s meeting of the council’s cabinet on Thursday 16 January will discuss holding a formal consultation about a proposal to extend Glossopdale School.

This consultation would then take place between 24 February and 20 March.

It follows a preliminary consultation last year about whether to expand the school, which was overwhelmingly supported by local residents.

“As the first MP to live in Glossop since 1929, I know just how worried local parents have been about the lack of school places.

“I’ve been campaigning hard to get it expanded so that no children are forced to go to school outside of the area and I will continue to lobby Derbyshire County Council to make the necessary decisions in order to get the school expanded as soon as possible.”

“By putting this before cabinet, we’re listening to the concerns that have been raised by Robert, the local Councillors Jean and George Wharmby and parents in Glossopdale. I know first-hand just how hard Robert has been pushing behind the scenes, and, together with Jean and George, he’s been instrumental in ensuring the expansion proposals are at the stage they’re at.

"It shows what can happen when Conservative Councillors work with a Conservative MP and I’ll continue working constructively with them and parents to ensure we can move forward with the project as soon as possible.”

The High Peak MP met with staff, relatives and residents and saw first hands the refurbishment needs at the care home.