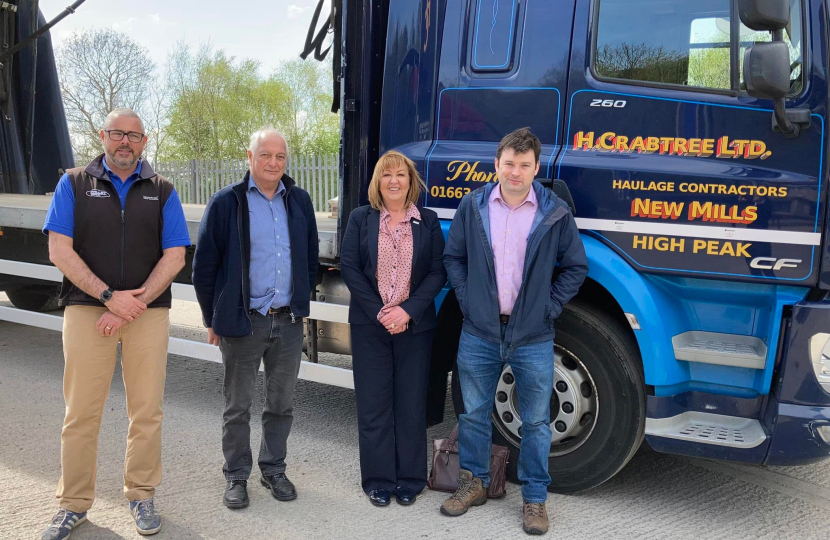 H Crabtree Ltd—affectionately known as Crabtree’s—has been operating for over 50 years and provides a wide range of transport services.

Mr Largan visited to discuss the range of challenges that the haulage industry is currently facing.

The industry faces challenges due to a shortage of drivers, rising fuel prices and the uncertainty around the proposed Greater Manchester Clean Air Zone.

Robert Largan MP led a cross-party effort to call for support to affected businesses outside of Greater Manchester, including Crabtree’s, who under the initial proposals by Mayor Andy Burnham would not have been eligible for any financial support.

Following Robert’s cross-party campaign, the Clean Air Zone has now been put on hold, with the Labour Mayor forced to go back to the drawing board.

Mr Largan is keen to support local businesses like Crabtree’s which are essential to the local economy.

“While it is vital we shift as much freight as possible onto rail, haulage businesses like Crabtree’s are still essential to both the local and national economy.

“Rising petrol prices and the uncertainty caused by Labour’s proposed Greater Manchester Clean Air Zone are causing real concerns for lots of businesses. I will continue to stand up for them in Parliament.”