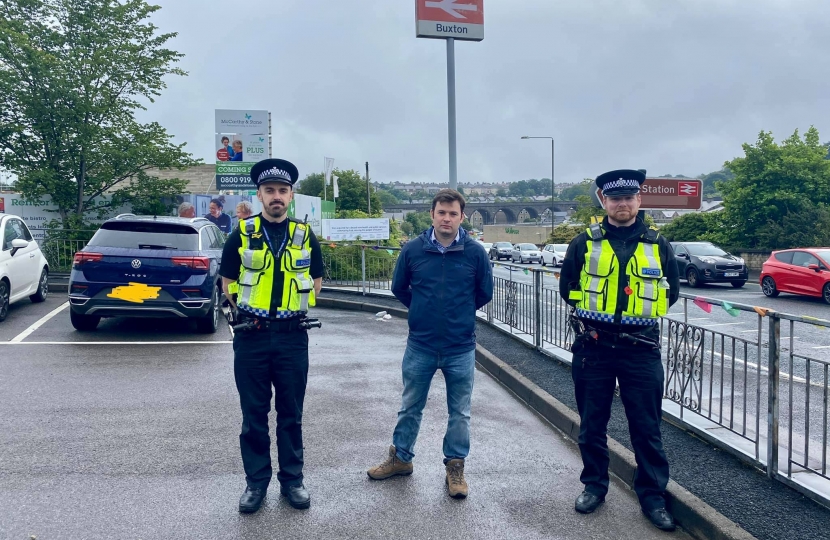 Until last July, British Transport Police assisted with the enforcement of face-covering rules. While legal restrictions on social contact have been lifted, the Government still expects and recommends that people use face coverings on public transport to help reduce the chance of infecting others.

Following incidents of antisocial behaviour at Dinting railway station, Robert repeatedly raised the issue with British Transport Police and successfully campaigned for CCTV at the station, which was installed earlier this year.

Tackling crime and antisocial behaviour is one of Robert’s key priorities. Robert carried out a High Peak Crime Survey, which over 1,000 residents responded to. Robert is also hosting Community Policing Forums between residents and Derbyshire Police to act on many of the issues raised in the survey.

“It was good being out on patrol with British Transport Police around the High Peak.

“Fortunately, it’s been relatively quiet, but things are getting busier as people are starting to use the train more again.

“Given that I’ve been mugged on the train between Glossop and Dinting, passenger safety is an issue close to my heart.

“I’m very keen to do what I can to improve safety on our local public transport. A big thanks to the team for working hard to keep us all safe.”