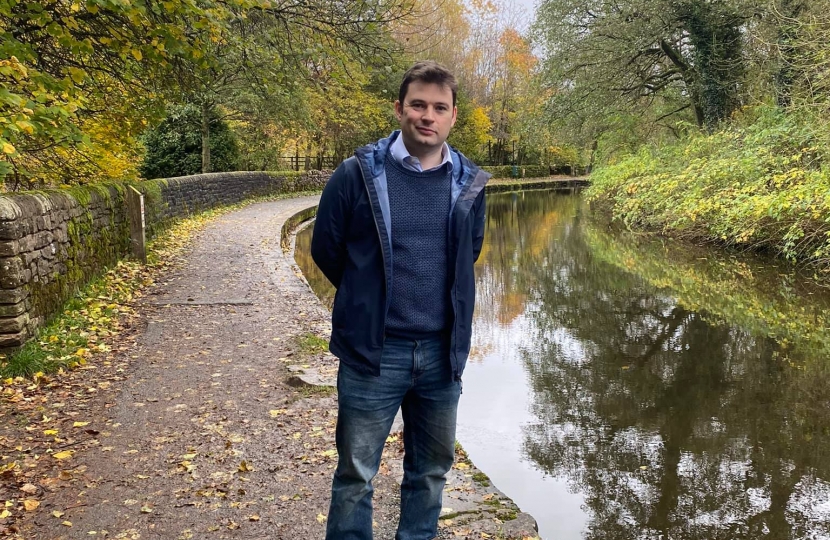 Hard-working local MP Robert Largan has called upon the Canal & River Trust to take urgent action to clean up oil pollution in the Peak Forest Canal.

A large number of people have reported that oil pollution has appeared in the waterway, between Furness Vale and New Mills Marina.

The High Peak MP immediately raised the issue with the Canal & River Trust, who are responsible for the canal, urging them to clean up the pollution and investigate the cause, to ensure it doesn’t happen again.

Following this pressure, the Canal & River Trust announced that they were closing the Peak Forest Canal at Bridge 29 between New Mills and Furness Vale, to install booms, to prevent the pollution from spreading.

Robert Largan MP is seeking an urgent meeting with the Trust, to ensure that the clean up work is carried out quickly and that a full investigation to find the cause is undertaken.

“The Peak Forest Canal is a much loved local asset. It’s the responsibility of all of us to protect it and conserve it for future generations. That’s why I’ve pushed the Canal & River Trust to listen to local people and take swift action to clean up the pollution.

“It’s also essential that they investigate the cause of the pollution to ensure that it doesn’t happen again. If someone is responsible for the pollution, they need to be held to account.”