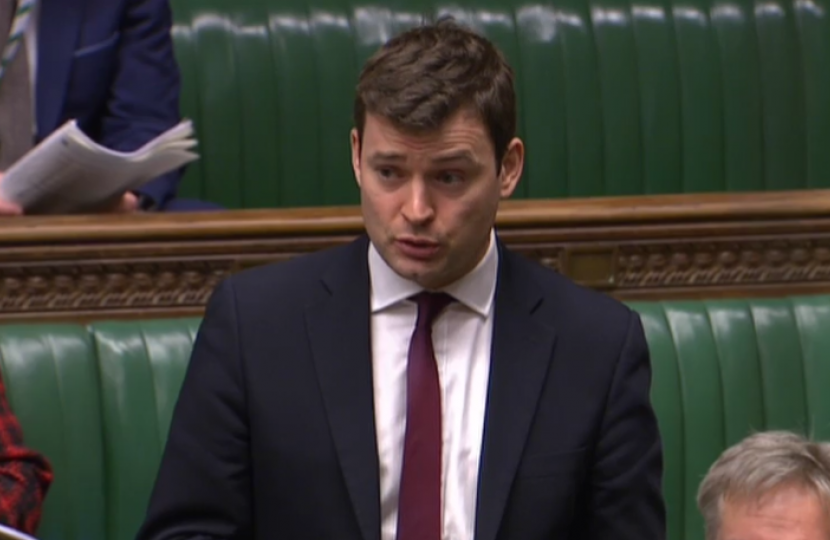 High Peak MP Robert Largan joined a debate in Parliament to discuss the persecution of the Uyghur people in the Xinjiang region of China. The High Peak MP pressed the Foreign Office Minister, Nigel Adams MP, to prevent UK businesses from profiting from forced labour in China.

“I congratulate my right hon. Friend Sir Iain Duncan Smith on securing this urgent question and on his continued work in highlighting the appalling treatment of the Uyghur people by the Beijing regime. With that in mind, can the Minister outline to the House what steps the Government are taking to ensure that no UK businesses are complicit in human rights abuses in Xinjiang?”

“I thank my hon. Friend for that very good question. We have been engaging with businesses on these issues for some time. On 12 January, we launched a Minister-led campaign to reinforce the need for business to take action in line with our advice and also to encourage them to act to address the risk. We are also providing support and advice to public bodies, and these build on the existing measures that we have taken to respond to Xinjiang, including research funded by the UK to help build the evidence base. There are a number of additional reports that have recently been published that the United Kingdom Government have helped to finance.”

In January 2021, the Foreign Secretary condemned China’s treatment of the Uyghur people, and introduced new measures to prevent UK companies benefitting from forced labour in China’s Xinjiang province in their supply chains.

“I have frequently spoken out against the appalling human rights abuses targeted against the Uyghur people by the Chinese Government.

“These practices have no place in the twenty-first century.

“In Parliament, I will keep calling on the Government to send a clear message to Beijing that these violations of human rights are unacceptable.”

Robert Largan, MP for the High Peak, has expressed his disappointment with the decision to place Glossop under the Derbyshire Integrated Care System (ICS).