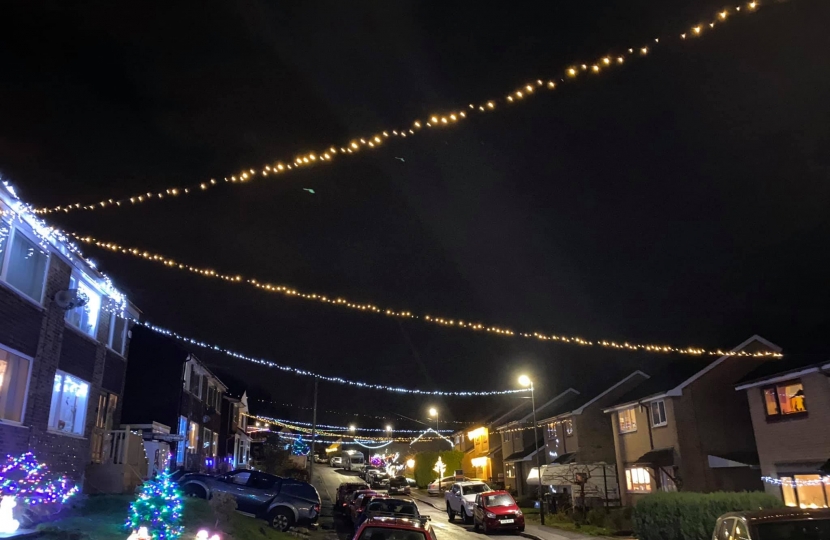 A street in New Mills has been named the best decorated street in the High Peak.

High Peak MP Robert Largan held a Best Decorated Street Competition over the Christmas period, with the aim of helping to spread a little bit of extra festive spirit after a very difficult year.

The MP received nearly 500 nominations, from across the whole High Peak.

On Christmas Eve, the local MP announced the top three streets in the whole High Peak.

In third place, was Scotty Brook Crescent in Glossop. In second place, was the village of Sterndale Moor, near Buxton.

The winner, which received more nominations than any other entry, was Parkway in New Mills.

Lots of Parkway residents worked together to put on a really festive display. They also have been raising money for Blythe House Hospice in Chapel-en-le-Frith as part of the efforts, including organising carol singing on the street as well.

“Congratulations to Parkway and everyone who was involved The street looks spectacular. I particularly love the lights zig zagging above the street.

“Thanks again for everyone who has submitted a nomination or taken part. I hope it’s helped everyone feel just a little bit more festive!”