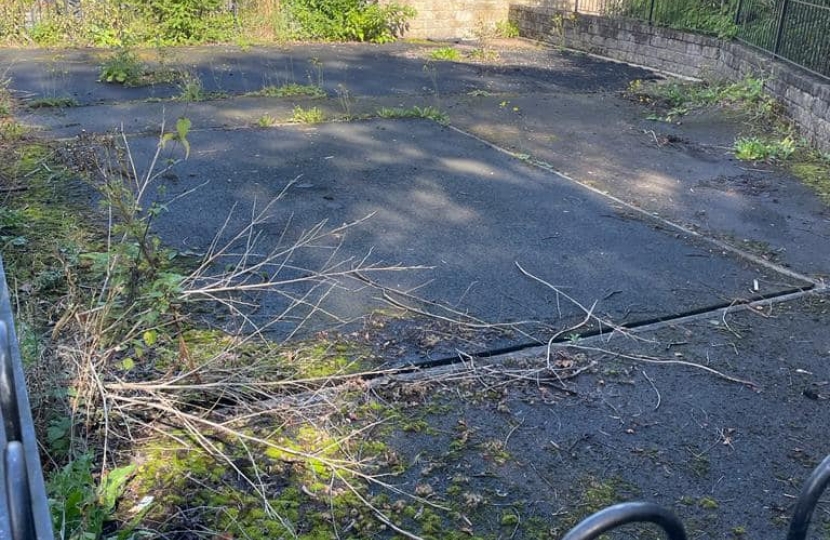 Four years ago, the children’s play area on South Head Drive in Chapel-en-le-Frith was dismantled following an incident of vandalism.

High Peak Borough Council and Barratt Homes, who built the housing estate, have been in a long-running dispute over the land. This means nothing has been done, leaving the site empty. It has now turned into a complete eyesore.

After being contacted by many frustrated residents, Cllr Kath Sizeland and High Peak MP Robert Largan organised a meeting between the Council and Barratt Homes to resolve the dispute.

The Council and Barratt Homes have now agreed to work together to solve the issue, commissioning an independent condition survey and paving the way for the Council to take over the site, potentially getting a play area reinstated for local families use.

Robert has been campaigning for the Council to focus on children’s play areas and parks across the High Peak. You can sign Robert’s petition online here: www.robertlargan.co.uk/playareas.

“I know lots of Chapel residents are frustrated by this neglect. That’s why Cllr Kath Sizeland and I organised a meeting between the Council and Barratt Homes to bang some heads together.”

“I’m pleased that the Council and Barratt Homes have now agreed to work together to solve the issue. Kath and I will keep working on sorting out the issue at South Head Drive.”

“Trying to get any movement on the South Head Drive playground has been very very frustrating. I’m so pleased we are finally making some progress.”