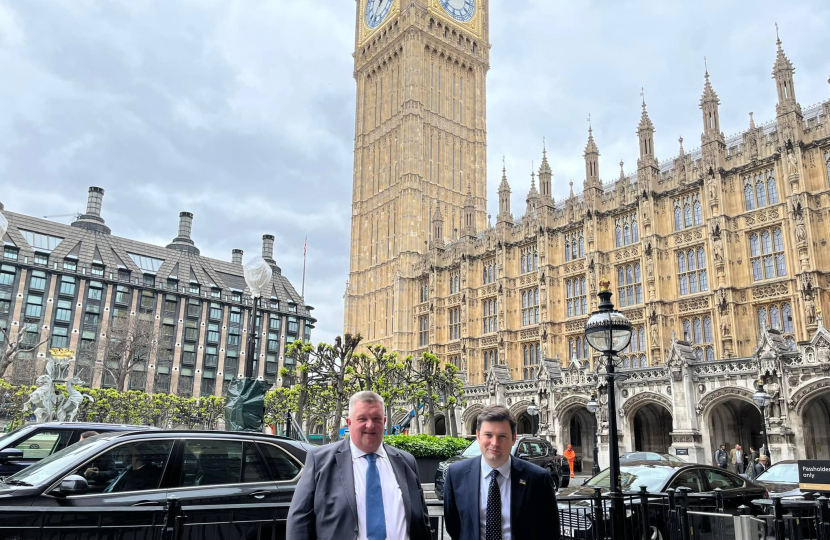 Mr Kirkham was elected to represent the Cote Heath Ward at High Peak Borough Council in a by-election on 7 April.

In Parliament, the pair spoke with the Prime Minister about the need to find a permanent solution at Hoffman Quarry, sometimes referred to as the ‘Blue Lagoon’.

Together, the two also made the case for more police in Buxton to tackle antisocial behaviour, and for stronger mobile phone coverage in rural areas like Haslin, Harpur Hill, Cowdale and King Sterndale.

“Since being elected last month, Kevin has already been hard at work standing up for residents in Harpur Hill, Heath Grove, Haslin, Cowdale, King Sterndale and Staden.

“It was good to have Kevin down in Westminster, and it was good that Kevin got the chance to chat to the Prime Minister.

“Ahead of the summer, I remain committed to working with Kevin and Linda to find a permanent solution for the Hoffman Quarry.”