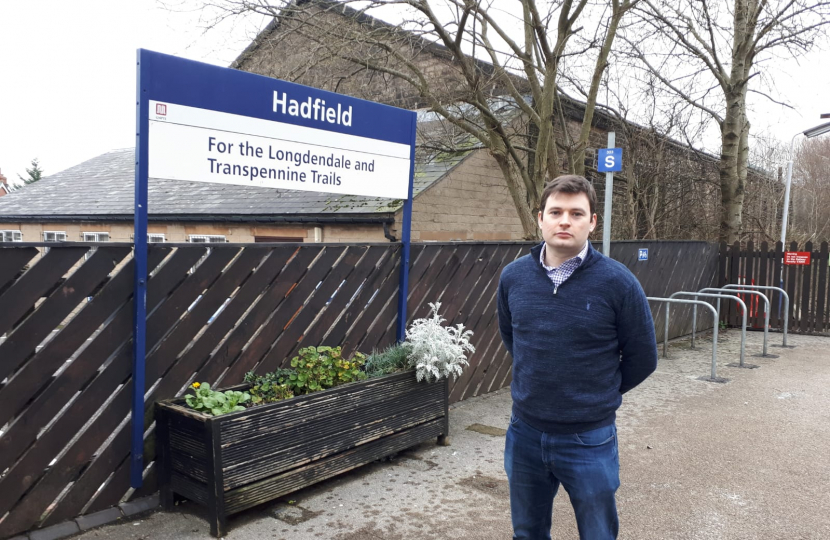 The National Union of Rail, Maritime and Transport Workers (RMT) are due to launch three days of strike action across the nation’s railway network next week, on 21, 23 and 25 June.

Network Rail has estimated about half of all rail lines will be closed as a result.

Speaking in a debate ahead of the strikes next week, High Peak MP Robert Largan condemned the RMT’s tactics and the timing of the strike

“I declare an interest of sorts: I am the son of a trade union rep. I am very proud of the work he did in standing up for the people he worked with to secure them better conditions and safety in the workplace. He always said to me that if trade unions did not exist, we would have to invent them. […] I will say this, though: I think the RMT has got this strike badly wrong in both timing and tactics.”

The local MP also raised concerns about the impact of the strikes on young people taking exams. In addition, Mr Largan highlighted the disruption to local businesses:

“[The strikes] will have an impact on businesses not just in terms of the huge number of lost hours of work, but for those reliant on footfall from passengers, including Twig at Glossop station where I get my Monday morning coffee every week and Edwards Wine Bar in Hadfield where I often enjoy a drink on my way back from meetings. It will also have a huge impact on workers who cannot get to work, including doctors and nurses. And let us not forget the self-employed, who will not be able to earn money because they cannot work due to the strikes.”

Mr Largan closed his speech by repeating his call for Northern Trains to restore the full timetable for services into Manchester Piccadilly.

This follows his launch of a petition in March which has so far been signed by over 2,000 local commuters.

“I am no union-basher. My dad was a trade union rep, and I am very proud of the work he did in standing up for the people he worked with.

“However, the RMT has got its tactics and timing very badly wrong.

“I sincerely hope they reconsider strike action so that we can avoid disruption for High Peak residents, consumers  and businesses.”