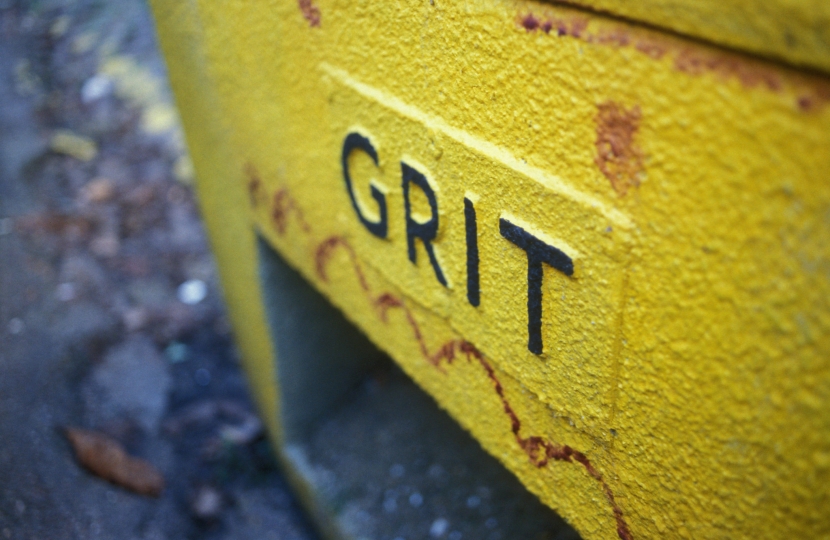 Local MP Robert Largan has today launched his campaign to urge local councils to take responsibility for installing new grit bins in Buxton & Glossop ahead of the winter months.

At present, new grit bins are installed by Derbyshire County Council, but are required to be maintained and replenished by a small community organisation afterwards, such as a parish or town council. This means that most towns in the High Peak have grit bins maintained by their town or parish council.

However, Buxton and Glossop do not have parish or town councils, and High Peak Borough Council are refusing to commit to maintain any new grit bins installed by the County Council.

This stalemate between local councils means that neither Buxton nor Glossop can obtain any new grit bins under the current system.

Concerned local residents have contacted Robert, calling for new grit bins on roads such as Scotty Brook Crescent in Glossop and Carr Road in Buxton, but the lack of agreement between local councils means that no new grit bins will be installed in these locations.

For this reason, Robert Largan has launched a petition calling on High Peak Borough Council and Derbyshire County Council to step up, put an end to this farcical situation, and install new grit bins as soon as possible where they are really needed.

“I have been contacted by lots of local residents recently in Buxton & Glossop, asking me to urge the Council to install new grit bins as we approach the winter months.

“However, the current standoff between Derbyshire County Council and High Peak Borough Council means that Buxton & Glossop residents are left in the lurch, with no chance of getting any new grit bins installed.
“That’s why I am calling on the Councils to get a grip on grit, and put this situation to an end.

“I hope you will sign my petition on this subject, and join me in calling on our Councils to take responsibility for installing new grit bins in Buxton & Glossop.”