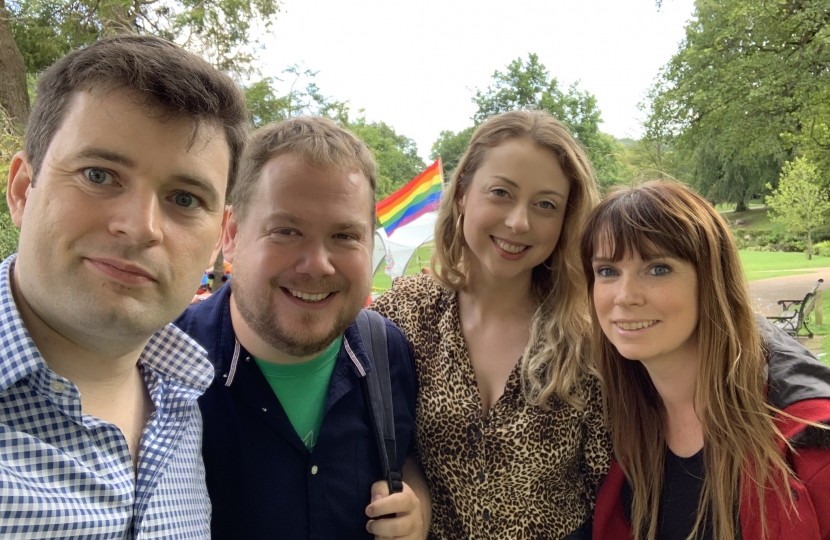 High Peak MP, Robert Largan, has questioned the Minister for Women & Equalities, the Rt Hon Liz Truss MP, on the 'gay blood ban' in the House of Commons.

The issue of gay and bisexual men being unable to give blood (unless after 3 months' self-certified sexual abstention) has once again risen to prominence, as they are also currently prevented from donating blood plasma to a trial to develop a COVID-19 treatment.

By video link to the Commons chamber from his home in Glossop, Robert Largan asked:

"The Government have a strong record on LGBT rights, especially the introduction of equal marriage, which I am proud to have campaigned for. We have come a long way, but there is still work to be done. Can my right hon. Friend tell me why a married monogamous gay couple living in High Peak cannot donate blood or plasma, including for the ongoing and vital covid-19 trial?"

"I appreciate that many gay and bisexual men want to contribute to the efforts to fight this virus. The rules that specify the conditions for donating blood are from the Advisory Committee on the Safety of Blood, Tissues and Organs. I am taking up this matter with the Secretary of State for Health and Social Care to see what changes could be made."

" I will always stand up for LGBT rights. This is promising news and a potentially a step in the right direction, both for gay and bisexual men who want to help society, but also for the NHS which desperately needs more blood—here in the High Peak and across the UK.

"There is no point in preventing thousands of potential safe donors from doing their much-needed duty. Assess potential donors on their risk, not their sexuality."