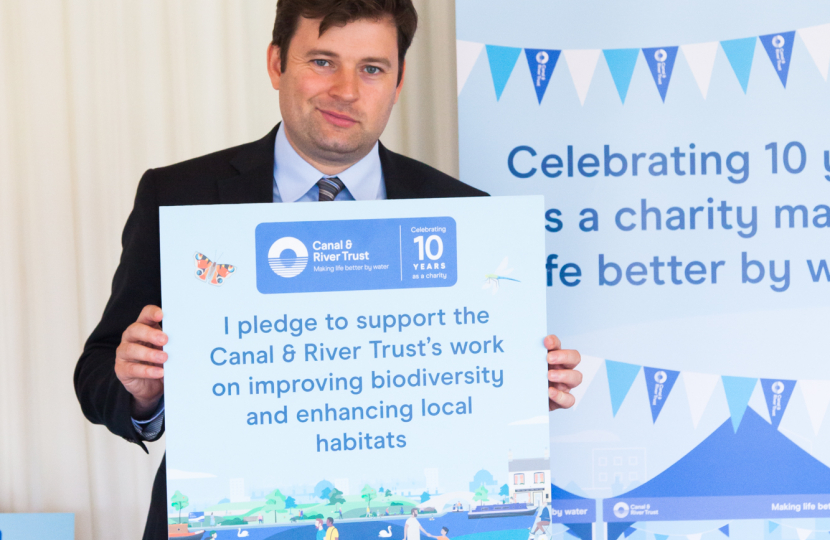 Under the Trust’s stewardship, our canals now host more boats than ever before, and are used by more people than at any other time in history.

Mr Largan was joined at the event by Minister for Nature Recovery & the Domestic Environment, Rebecca Pow MP, who paid tribute to the Trust, which works tirelessly to maintain, protect, and enhance our canals and rivers.

Mr Largan also met with the Trust to discuss the progress of its restoration of Toddbrook Reservoir; repairs to the feeder culvert from Combs Reservoir, and the temporary closure of the Peak Forest Canal.

“We are incredibly lucky to live in such a beautiful part of the world with so many fantastic canals and waterways.

“I am concerned about the impact on businesses as a result of the closure of Peak Forest Canal. If any affected businesses require assistance, please do get in touch with me.

“This really underlines the importance of restoring Toddbrook Reservoir as soon as possible.

“In the meantime, let’s hope for rain soon so we can get the Peak Forest Canal fully open again!”