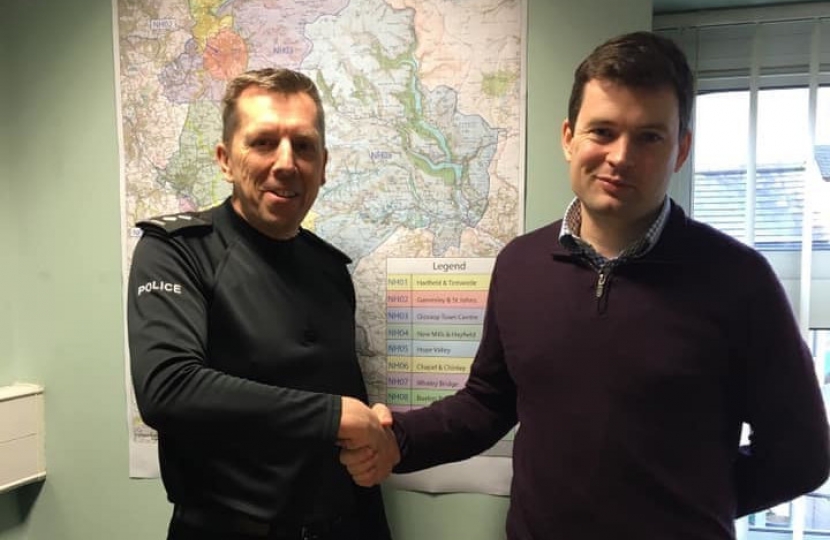 High Peak MP Robert Largan has welcomed the news that police ranks in Derbyshire have been bolstered with an additional 60 officers since the Government launched its major recruitment drive in September 2019.

In total, forces recruited 6,435 officers from November 2019 to March 2020. Alongside recruitment planned before the campaign was announced, 3,005 recruits joined the police specifically because of the uplift programme.

The recruitment drive is at the centre of the Government’s commitment to back the police with more resources, powers and support to keep communities safe.

The Government has also taken further action to support the police response to Coronavirus. This includes testing for all police officers and support staff; the relaxation of tax rules to encourage further service from officers nearing retirement and those recently retired; and the unlocking of £84 million for forces to invest in the fight against Coronavirus.

“I am delighted that Derbyshire has been boosted by 60 officers, meaning there are now more police on High Peak’s streets to cut crime and keep us all safe.

“At this time of national emergency, these additional officers have never been more important. They have my full support in enforcing the rules in High Peak and to ensure people stay at home, so we can protect the NHS and save lives.

“By backing our police with the funding and resources they need, we will keep the public and our communities safe, so that people across the High Peak can live their lives free from the fear of crime.”